A Comprehensive Guide to Threat Hunting

Cybercriminals are working daily to invent new ways to evade detection. The expansion of the supply chain, and the increased dependence on third-party vendors to support core business functions have made the IT environments more open and complex, allowing threat actors to find different ways to hide. Threat hunting helps detect unknown and advanced cyber-attacks.

Cybersecurity remains a major concern for organizations across all industries. This concern has only intensified with the rise of the COVID19 pandemic, which resulted in a large portion of the global workforce no longer working in secure corporate office buildings, and instead conducting business from their very own homes. This new working model has expanded the attack surface of organizations making them more vulnerable to cyber threats.

This larger attack surface, coupled with the rising costs of cyber-attacks are major concerns for organizations. According to Cyber Security Ventures, the global cost of cybercrime is projected to reach $10.5 trillion annually by 2025. The cost of data breaches is also on the rise mainly due to the emergence of worldwide data protection laws imposing large fines and penalties on companies if sensitive customer data is exposed publicly. According to IBM’s Cost of a Data Breach Report 2021, the cost of a data breach has risen to reach US$ 4.24 million. This number is expected to increase in the short term as more organizations shift their sensitive data and applications to the cloud.

Given the increase in cyber threats and the costs associated with, organizations should strive to become proactive rather than reactive when planning their cyber defense strategies. Incorporating threat hunting capabilities into an organization’s current cyber defense plan will better foster their ability to detect advanced and unknown cyber-attacks.

What is Threat Hunting?

Nowadays, organizations deploy many security solutions such as Firewalls, IPS/IDS, NDR, SIEM, EDR, and antivirus to protect their network. However, cybercriminals still find ways to sneak in and bypass traditional security defenses. Threat hunting is defined as the practice of searching for threats that have bypassed network security perimeters, it assumes suspicious activities are occurring but have not been detected yet. Threat hunting can be executed either manually or using automated tools (sometimes, powered by machine learning and artificial intelligence technologies) to find indicators of attacks (IoAs) and indicators of compromise (IoCs) within an IT environment.

Advanced threat actors, such as APT groups, remain undetected for months and even years after gaining initial access to the target network. They spy on network interactions, exfiltrate data, and steal the credentials of key employees to move laterally across the network and reach more sensitive information. After adversaries reach this phase of the attack, detecting them becomes very difficult, and most organizations lack the capabilities to detect advanced threat actors. Threat hunting will complement an organization’s cyber defense strategy by detecting threat actors who are leveraging the most sophisticated attack techniques and tools to remain unnoticed for an extended period of time.

Cybercriminals are working daily to invent new ways to evade detection. The expansion of the supply chain, and the increased dependence on third-party vendors to support core business functions have made the IT environments more open and complex, allowing threat actors to find different ways to hide. Threat hunting helps detect unknown and advanced cyber-attacks by:

Threat hunting can be performed using one of the following three techniques:

During structured threat hunting, the hunter will try to determine the attacker’s intent and predict how they will behave to infiltrate the system. Threat hunters will use the indicators of attack (IoA), a series of steps or tactics that attackers must follow to succeed in their attack, to assist in their efforts. Such tactics are available in structured frameworks, such as the MITRE ATT&CK, which lists the most common tactics and techniques leveraged by adversaries when attacking computer systems. One example of such an attack technique is using Spear-phishing to steal a user’s credentials. This type of attack will begin with a well-crafted email message pretending to be from a legitimate, trusted entity and will ask the user to click a malicious link within the email or download a malicious malware attachment.

In an unstructured hunt, the hunt is typically triggered by an indicator of compromise (IoC). An IoC is any object or activity whose existence may indicate a security problem or breach in the system. There are different types of IoC, such as:

The IoC will act as a clue for the hunter to investigate the pre-and post-detection patterns. The hunter may also search previous security logs and incidents to better understand what is happening.

In this type of hunting, the threat hunter will focus on high-value entities within the system that are considered lucrative targets for hackers. For instance, high-value assets include sensitive data, critical applications, and the credentials of key employees, like IT and database administrators and development managers. Cyber attackers commonly choose targets for their high value, and threat hunters will give high priority to assessing the security of these entities.

Threat hunters assume threat actors are already within an IT environment. To find them, threat hunters will use any of the following four techniques.

A threat hunt hypothesis can be defined as an idea that is based on some observations acquired from different sources, including:

Regardless of the source used for the hypothesis, any threat hunting hypothesis must be testable using data and tools to consider it valid.

In intelligence-based hunting, data from different intelligence sources is aggregated to form a profile of what a cyberattack or malicious campaign of a particular threat group may look like. There are different types of intelligence data sources, including:

Intelligence-driven hunting commonly utilizes SIEM tools to hunt for threats. A SIEM tool is fed with different intelligence sources and used to search for potential threats.

In this proactive threat hunting technique, hunters use tactics, techniques, and procedures (TTP) and IoA associated with a specific threat actor group. This technique works as follows:

As its name implies, all previous hunting models are utilized to discover threats in hybrid hunting. This method requires sophisticated skills and threat hunters need to leverage different tools and techniques. Hybrid hunting is commonly used when an organization suspects adversaries penetrated its systems but does not know the extent to which they have infiltrated or moved laterally within its IT environment.

The Three Steps of Threat Hunting

A typical proactive threat hunting process is composed of the following three phases:

A trigger is a malicious event that draws the attention of a threat hunter to investigate its root cause. The trigger does not need to be an indicator of compromise. For example, a hypothesis based on a modern threat can be the basis of a trigger used to initiate threat hunting activities. A SOC team may also search for threat actors utilizing a newly discovered zero-day exploit.

After identifying the trigger or forming a hypothesis, the threat hunter will begin investigating the target environment using different tools and techniques, including considering additional scenarios about potential threats. The investigation will continue until the supposed hypothesis or possible threat is either proven or disproven.

Based on the information collected during the investigation phase, threat hunters will communicate their findings to other security teams, such as the incident response team, to act accordingly and mitigate the threats. The resolution phase can be executed without human intervention. For example, the gathered threat information can be fed into automated threat detection tools to enhance their detection capability.

The gathered threat information is critical to preventing future cyber threats. For instance, threat hunters will analyze collected information to understand their adversary’s capabilities and their preferred tools and techniques used in an attack. This knowledge will help organizations advance their cyber defenses and prevent similar cyber threats from happening in the future.

Our MDR service provides several important features that go beyond the scope of many standard MDR solutions, including:

Contact us today to learn more about how we can help your business improve its information security posture. 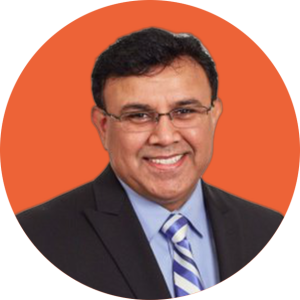 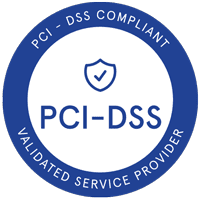